The Adventures of Topper radio show began broadcasting in the summer of 1945 on NBC (National Broadcasting Company) from Radio City, Hollywood, California. 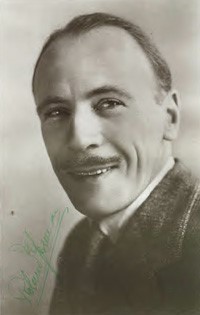 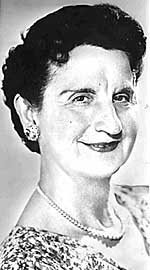 Paul Mann was a very interesting gentleman, who many remember for his portrayal of Lazar Wolf in the 1971 film "Fiddler On The Roof."

Frances Chaney may be best remembered for her small role in 1989's "When Harry Met Sally."  She also is noted for being married to writer Ring Lardner Jr.  Her story is fascinating and a bit tragic given she was blacklisted for nearly 10 years, essentially destroying her career in radio and TV just as she was realizing success.

Produced by Stanley J. Wolf, The Adventures of Topper program ran for 15 episodes as a summer replacement series.

I have read in various places online that this program was replacing The Dinah Shore Show while some newspaper announcements said it was filling in for Frank Morgan's program.

Thus far, I've been unable to locate the ratings for the show.  Given that it only ran one season, a good guess is it didn't draw the listeners in as much as the network would've liked.

From what has been found scrounging old newspapers, it also appears the show was bounced around in different time slots and evenings, so it must've been a bit of a challenge for loyal Topper fans to find out when it was on the air.

One also wonders if the medium of radio could translate the visual effects of invisible ghosts into something humorously effective just through sound effects.

I'll continue digging into this and see what info can be found.

The Missing Adventures of Topper

Thus far, I have managed to find six of the episodes and continue to search for copies of the remaining programs.

Here is a list of the episodes found thus far:

If anyone can help me locate the nine missing episodes or any material related to the show or it's actors or writers, please use the Contact Us page to drop us a note.  You'll get full credit for your assistance.

By the way, I have obtained a couple of great photos of Roland Young taken at NBC studios during the taping of the shows. I hope to post those in the very near future.

Return from Adventures of Topper to Radio Shows

All content copyright 1996-2023 Michael D. Walker and ThorneSmith.net unless otherwise noted. Michael D Walker is a participant in the Amazon Services LLC Associates Program, an affiliate advertising program designed to provide a means for sites to earn advertising fees by advertising and linking to amazon.com. Any such fees earned go toward the expenses of hosting www.ThorneSmith.net & researching content for the site.